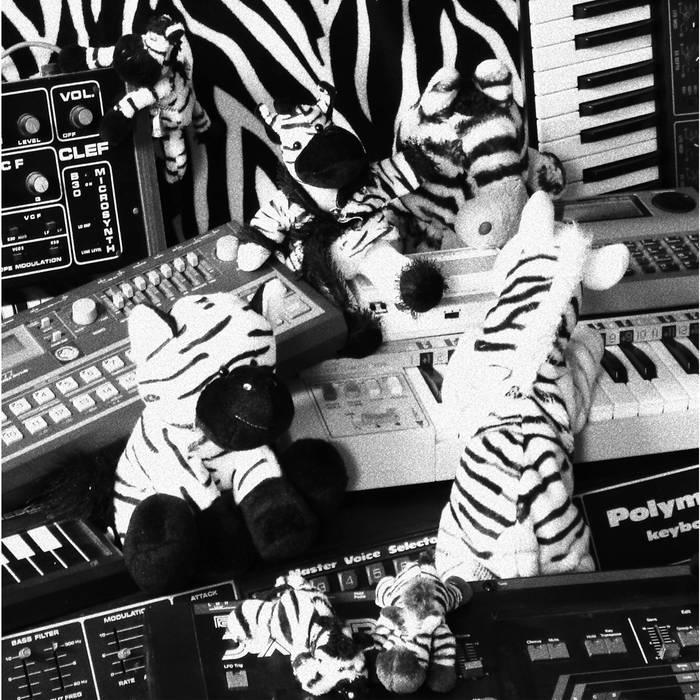 Diane Marie Kloba It is beautiful and warm

The third proper full-length from Postcode. Recorded by Mikie and Marie whilst the full band line-up was incomplete, utilising drum machines, synths and alternate-tuned guitars.
Read more here - zebracore.tumblr.com/post/76674410733/zebratronic
A short video about it can be found here - www.youtube.com/watch?v=dCi0gosLOcg
The video to 'Losing The Battle' can be seen here - youtu.be/Mwhw-QYqRg0

'Postcode's new album is amazing, inventive and thrilling. Mysterious and powerful, esoteric and straightforward, tender and brutal all in the space of a few seconds. Its true alternative music, different and dynamic but so listenable too. Its the best album of 2014 so far, i know its only early in the year but to beat this will take some doing.' - Trip TV

'so good, so good, that when you stop to think, you've heard about five times in a row and still needs more...A musical drug of the strongest and addictive I have heard' - The Blog That Celebrates Itself

'...great album to take a break from stereotyped music. From slow post-rock/shoegaze to fast electronic, this album pulls me into its world' - faetonmusic.wordpress.com

'This is an album with its own character that needs to be experienced and gets better every time one hears it.' - Floorshime Zipper Boots

'On Zebratronic the band blend fizzing synth lines, brittle drums, warm distortion and plaintive vocals into a heady and beguiling mix..... All this great music for less than the price of a decent cup of coffee and a muffin.' - Highway Five

'Postcode is a brilliant band that has the capacity of doing whatever they want and make it inventive... one of those bands you shouldn’t let slip by.' - The Musical Junkie

'If you're craving more sonic driven alt-rock, Postcode is the band to check out. Their album, Zebratronic, ...will make your ears very happy as it did mine!' - Tina Roum, Buzznet

'...something that nicely toes the boundaries of shoegaze, electronica and whatever passes for indie rock nowadays. It’s swirling, it’s dense, and it rewards repeat listening.' - Ear Things!

'Get it ... It really is worth a listen' - Dukla Prague Away Kit

Alternative rock band from the Isle of Man. Purveyors of the world's finest Zebracore.

Bandcamp Daily  your guide to the world of Bandcamp

cktrl talks about heartbreak and his new record 'Robyn'