Year Of The Zebra - Part One 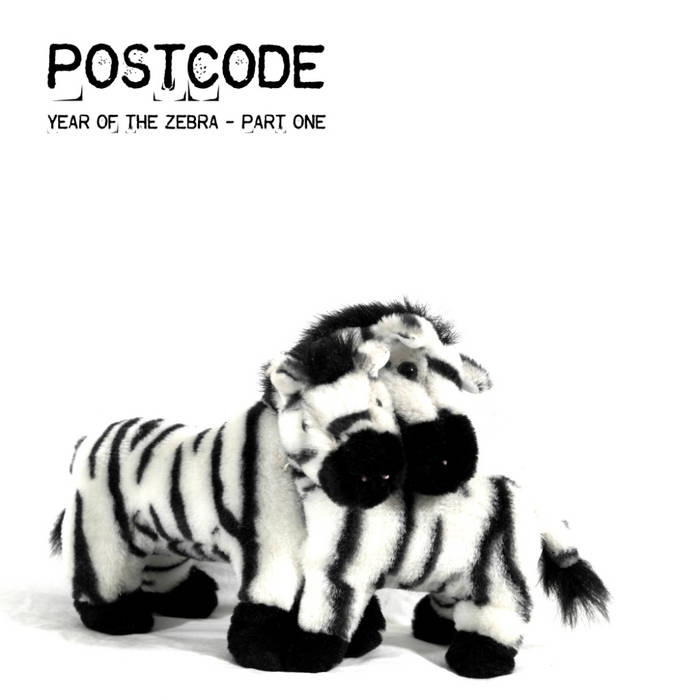 Recorded in the wake of The ZebrATP EP, this could be viewed as the first, lighter, half of an unofficial sequel to that record. The CD version contains an extra bonus track.

The video for lead track 'Yggdrasil' can be viewed here - youtu.be/8Y0iE9n0PGs

A short blog from Mikie talks about the EP here - zebracore.tumblr.com/post/98002684809/year-of-the-zebra-part-one

'Post Code spin Sonic Dreams on "Year of the Zebra"...So Good.' - American Pancake
'Crisp and melodic, this is our favorite by the band yet' - Floorshime Zipper Boots
'An eclectic collection of six tracks...This is all good!' - Deadly Music!
'jangled as sweetly as any powerpop release this year ' - Heartbreaking Bravery
'It features all the Postcode trademarks of passion in each contributing member and instrument...This is lovely feel good material of a band that sound like they are having fun' - Yeah I Know It Sucks
'Year of the Zebra is the best possible introduction to Postcode' - D4AM
'It’s a picture perfect escalation of intensity the whole way through, releasing in a great big roar of guitar' - Moxipop (on 'At Last')

Written and performed by Postcode.
Produced by Mikie Daugherty.
Recorded at Small Bear House between February and May 2013.
Mastered by Phil Reynolds Summer 2014.

Alternative rock band from the Isle of Man. Purveyors of the world's finest Zebracore.

Bandcamp Daily  your guide to the world of Bandcamp

cktrl talks about heartbreak and his new record 'Robyn'